Even now, a decade and a half since I first started my work in hair restoration, I find myself thinking about hair loss treatment and why so many people visit clinics to discuss hair transplant surgery. I can understand why someone with appendicitis goes to an A&E ward, but nobody has ever died from going bald. It’s simply less hair. And yet it matters.

Baldness mattered to the ancient Egyptians who began wearing wigs four thousand years ago. And it mattered in the court of Louis XIV, where some of the world’s richest and most powerful men competed to have the most elaborate wigs. In later times, wigs became more discreet but still performed the same function – to allow men hide the fact that their hair was disappearing. This was also true for some of the world’s most popular entertainers. One might have thought that the loss of some hair wouldn’t have mattered to people whose talents and riches were in such abundance but it did. Frank Sinatra, Liberace, Humphrey Bogart, Bing Crosby, Jimmy Stewart and Elton John all wore wigs.

It mattered to them just as it matters to you and the thousands of others who come to our clinic looking for a solution to their hair loss. In each case, the person they see in the mirror does not tally with the person they are comfortable seeing and it is diminishing the quality of their life.

These patients include an architect who was reluctant to show models of his buildings to clients because it necessitates him bending over and revealing his thinning crown. They include many successful musicians and actors who avoid bowing at the end of their performances so the audience can’t see their bald spots. Other patients have adopted hats and bandanas as their trademark accessories but live in fear of being photographed during the rare moments when they take them off.

One patient told me that he bribed the cameraman before he appeared on a live TV show so that he would not focus the camera on his hairline. Then there’s the young man who was so upset about his hair loss that he refused to remove his baseball cap when he came for a consultation. And the elderly lady who came to me for a hair transplant because she feared being seen in her coffin wearing a wig that had not been correctly attached. 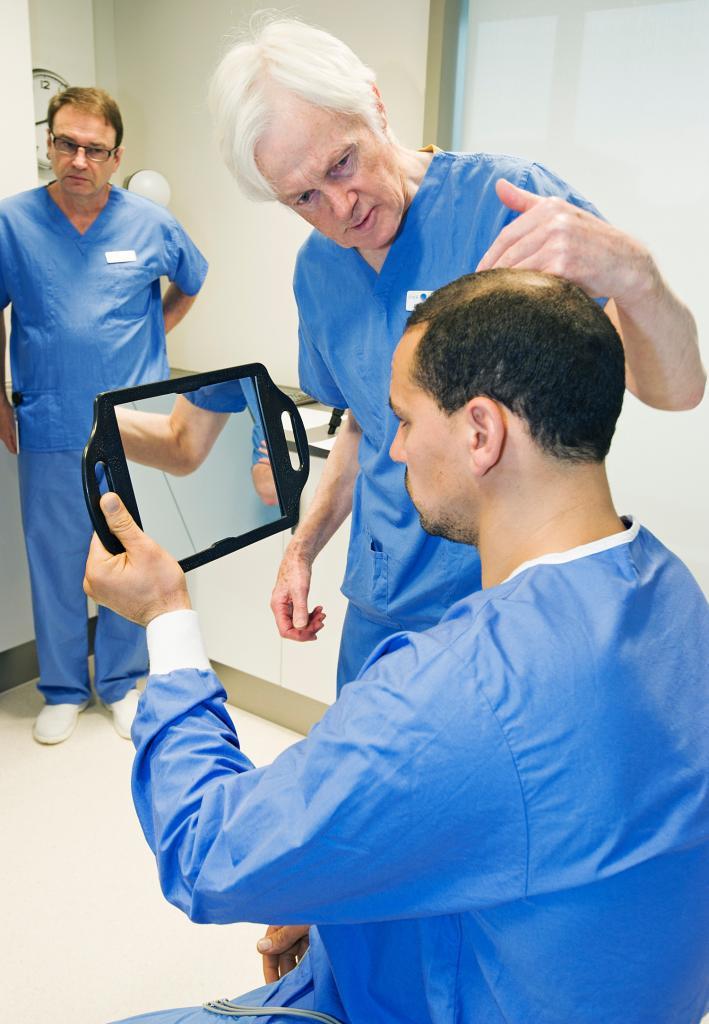 Hair loss is often an extremely sensitive issue for the men and women affected. It distracts from their work and their relationships, and can have knock-on effects on their mental and physical well-being. Those who do not suffer from hair loss often see hair restoration as a vanity issue, but such a view denies the clear psychological effects it can have.

I meet few, if any, patients who come to me hoping that having more hair will make them more handsome or more attractive. They sometimes make such comments after their hair loss has been treated, but generally they speak of greater self-esteem, self-confidence and peace of mind. So
I don’t agree that hair restoration is a vanity issue.

The main benefits are inside the head, not outside. Hair loss is a psychological issue caused by a physical condition. Fortunately we live in an age when effective remedies are available, safe and affordable. At HRBR we talk through the various solutions available so that you can make an informed decision about the best treatment for you.

The feedback from patients is remarkably consistent, usually containing one or more of these phrases –  self-esteem, self-confidence, a sense of contentment and peace of mind. To me, the ultimate compliment is, “I haven’t thought about my hair in the last year.” It means we have succeeded in getting hair out of the person’s mind and back on their head where it belongs. When I get patients to stop thinking about their hair and start leading a normal productive life, then I have served my function as a doctor. Because hair shouldn’t really matter, but baldness does. All we do is remove that problem from people’s lives.

If you are suffering from hair loss and would like to discuss possible treatment options please contact us to request a consultation.

To read more about hair loss in men visit the ISHRS website.