Our consultant Dermatologist treats many different conditions of the hair and scalp that can cause hair loss. The dermatologist usually approaches hair loss from the medical perspective as opposed to surgically.

Some of the more commonly treated conditions include;

Alopecia areata “AA” is generally considered an autoimmune disease, which means the problem is most likely caused by the body’s own immune system. It is believed that the patient’s white blood cells attack the hair follicles in the affected area leading to spot baldness.

Patients usually present with an abrupt episode of hair loss commonly in round or oval patches involving not only the scalp hair but any hair bearing area such as the beard, chest, axilla or arms. Sometimes the whole scalp or even the entire body hair may be lost resulting in a pattern known as alopecia totalis or alopecia universalis respectively.

The prognosis for recovery is always uncertain. Resolution may be early or several episodes of hair loss or recovery may co-exist or follow.

Alopecia areata is more common in people in their teens and twenties and is common in both men and women. Around 2-3% of the population is affected in their lifetime.

Alopecia areata should be treated by a dermatologist. Treatment options include steroids which can be used topically, systemically or injected into the area of hair loss, minoxidil, cyclosporine and DNCB (dinitrochioro benzene).

Hair transplant surgery has little, or no role in the management of this condition because the transplanted hairs will be destroyed by the same auto immune process. Early treatment with one of the above mentioned regimes is, therefore, advisable.

In the unlikely circumstance of there being small persistent areas of hair loss, these might be usefully transplanted at a later stage when the auto-immune process is then inactive. The certainty of this, however, is unlikely until approximately 15 years after the initial episode.

Scarring alopecia, also called cicatricial alopecia, isn’t necessarily associated with visible scars on the scalp. Instead, the scarring is beneath the skin where the body’s immune cells replace hair follicles with scar tissue. The result is hair loss in discreet patches of the scalp.

There are a wide variety of conditions that can lead to this type of hair loss including: bacterial, fungal or viral infections.

These conditions should be seen by a dermatologist as a biopsy and immunoflourescence studies are necessary for a precise diagnosis. Following treatment of the primary cause of the hair loss, hair restoration surgery can be used in certain circumstances to restore the hair.

Frontal Fibrosing Alopecia is the name given to a type of scarring hair loss that generally affects the front of the scalp. It is a form of scarring alopecia which appears to be increasing in incidence.

Frontal Fibrosing Alopecia usually affects post-menopausal women over the age of 50. It is uncommon in younger women and in men.

The cause of Frontal Fibrosing Alopecia is currently unknown; genetic, hormonal and environmental factors may be involved.

Frontal Fibrosing Alopecia is characterised by a usually symmetrical bank of hair loss on the front and sides of the scalp and loss of eyebrows. This differs to patients suffering from female pattern hair loss where the hairline and eyebrows are usually maintained.

There is currently no cure for Frontal Fibrosing Alopecia. Oral steriods, anti-inflammatory anti-biotics or five alpha-reductase inhibitors can be used in certain circumstances.

Similar to other hair losses described on this page, hair transplant surgery is not usually a treatment option for Frontal Fibrosing Alopecia. We have however, in limited circumstances, in patients where the condition has “burnt out” been able to transplant these areas successfully.

To arrange an appointment at HRBR’s dermatology clinic to discuss your hair loss concerns or for any further information please contact us on +353 1 209 1000 or info@hrbr.ie. 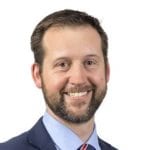