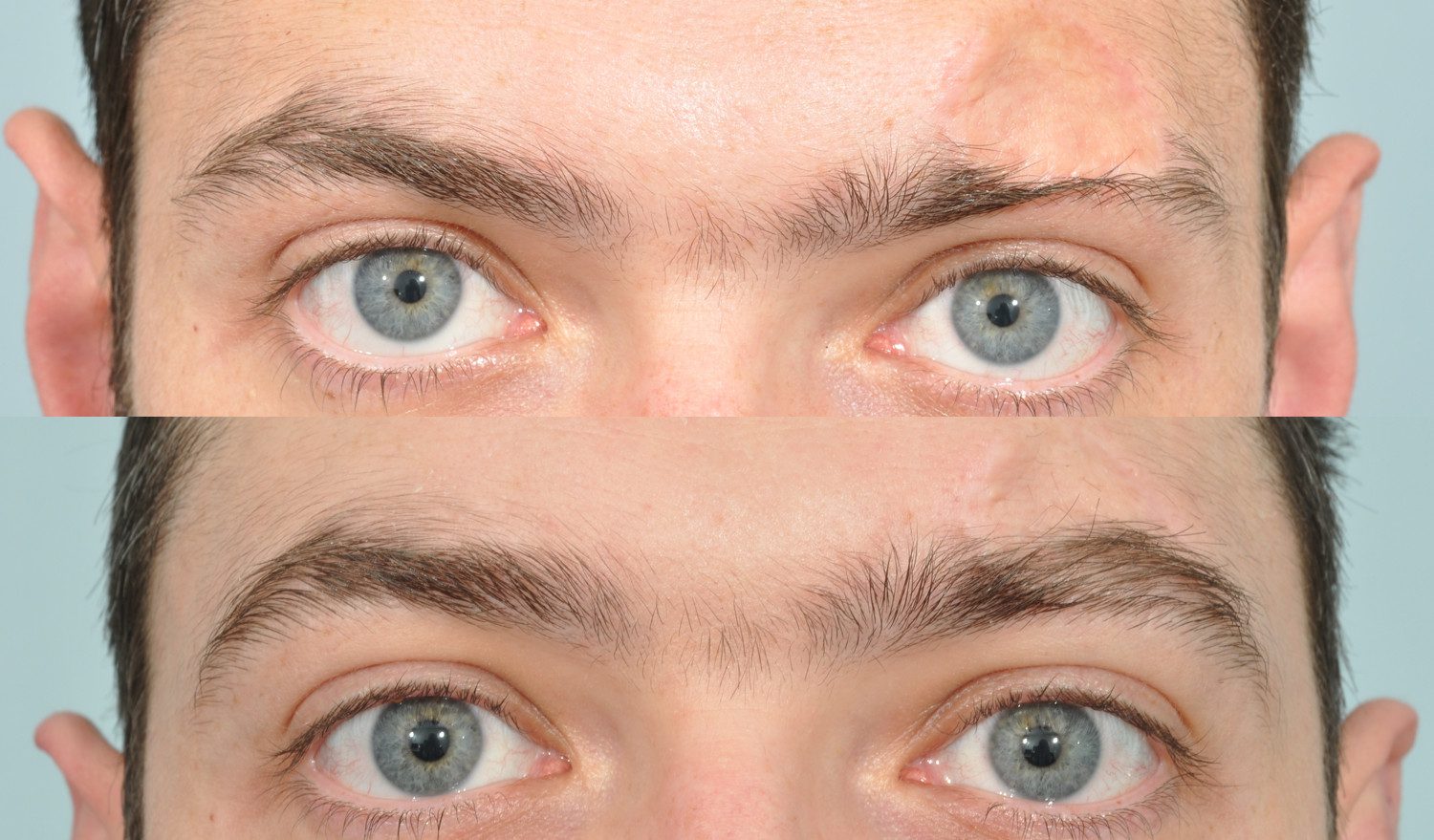 Eyes may be the windows of the soul but, when it comes to expressing our emotions, the eyebrows do it in one quick motion. But, this vital part of our how we express ourselves is often overlooked, until an accident or an ailment changes how we view them.

This is exactly what happened to Karl Fitzgerald, a 27 year old aspiring tattoo artist from Dublin, Ireland. After being assaulted at a sporting event, Karl was left with a sizable chunk of his left eyebrow missing and a prominent facial scar that knocked his self-esteem.

With his naturally thick black hair, Karl’s missing brow looked conspicuous and he became increasingly self-conscious about it. Growing tired of covering the area with a plaster disguise each day, he set about researching his options.  After having plastic surgery where skin was grafted from his neck onto his forehead, Karl remained unhappy due to the missing eyebrow.

Plastic surgeon Tom O’Reilly referred Karl to Hair Restoration Blackrock (HRBR) who have been performing eyebrow transplants for a number of years on both male and female patients.

To find hair that would best mimic Karl’s natural eyebrows, the surgeons at HRBR looked at the hair on the side of his neck. Usually shaved off by the hairdresser, hair on this area is tapered at the top and almost the same length as on the brows, i.e. the most ideal hair for transplanting into the eyebrows.

As far as we are aware, this is the first time hair from the neck has been used to create a new eyebrow.

The average eyebrow holds between 250 – 500 hairs and, in an eyebrow transplant, every single solitary hair is meticulously placed one by one. Then the hair is rotated at an angle so it is faced in the natural direction. To perfect this highly skilled procedure, HRBR used follicular unit extraction (FUE) which uses a small probe to lift and remove the hair out of the skin, the same process reportedly used on Wayne Rooney.

Karl’s injury meant there was scar tissue and reduced blood supply in the area so his team had to work carefully to transplant the grafts into Karl’s eyebrow. Working with the underlying damaged skin, the team performed the transplants over 18 months instead of in one operation.

To date, Karl’s ground-breaking procedure has involved 450 individual hairs being placed into his left eyebrow over the course of three transplants.

The procedure itself is as pain-free as possible, and according to Karl, the only stress is the jab from the anaesthetic needle. As for aftercare, the area isn’t sensitive but patients can take over the counter painkillers if needed. The only essential is to spray water on the area to keep it moist for the first few days and to occasionally groom it, but for Karl this isn’t a high price to pay for looking and feeling like himself again.