I did a huge amount of research, so eventually I came across the HRBR site. First of all what appealed to me was that it was in Ireland that was the first thing, so it was very local very near to where I lived and then I realised after doing more and more research that they were using a technology that was absolutely world class, it’s a world class centre.

When I arrived I could see the investment and the attention to detail in the building gave me a good idea that this was a very serious operation. When I met Maurice what I liked about him was he really took me through straight what he could and what couldn’t do. He said to me at the outset “Gary I won’t be able to give you a full head of hair but I can do is I can give you a result that you will be happy with” Automatically I had a trust in him that I knew if I was to proceed with this that he would do the best possible job. It was an incredibly liberating decision when I said yes I’m going to do this. Obviously, I was a little bit nervous going through something like this, it’s a big step and immediately I began to feel wow this is a good decision for me this is something that I’m really, really glad, I’m genuinely glad I did. 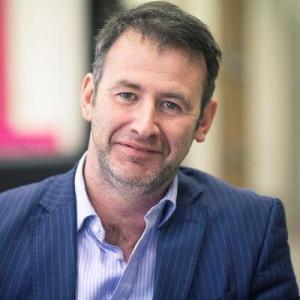 Obviously it’s a little bit of a disappointment when you lose the initial donor hair because your delighted you have it and everything like that so that when the donor hair falls out you go through a period of time between 3 or 4 months where you have no hair you’re back to the way you were before. You have to be patient. A tiny little bit of hair starting growing after about 2 and a half 3 months after that I saw a significant amount of hair starting to grow. So it really is a very surreal experience that you’re actually going to the mirror and looking for more hair not for the hair that’s falling out.

Then really people who knew that I had it were like “wow” it really was that it, it was draw dropping stuff they couldn’t believe the transformation. But really I think the biggest change for me has definitely been on the inside. Whatever I do I feel like that I have a little bit an extra bit of me back again when I’m doing it and that’s been the most significant thing in my life.

When you’re thinking about doing this make sure you just go to the best. If you’re not going to go to the best, don’t do it at all because it’s not worth it, honestly it’s not worth it. You want a job where in 6 to 9 months time you look in the mirror and you say “wow I’m thrilled with that job” you don’t want to look into the mirror 9 months down the road and say “oh my god I should have gone to the place which is the best” and it’s definitely HRBR for me.