A system of hair loss classification is useful in helping doctors compare one patient with another. The Norwood Classification is the one commonly used for male pattern baldness. There are two basic patterns, the most common of which is where hair loss starts in two different areas – the temples and the crown. Less commonly the loss progresses from front to back. Non-genetic hair loss from other causes follows a different pattern: 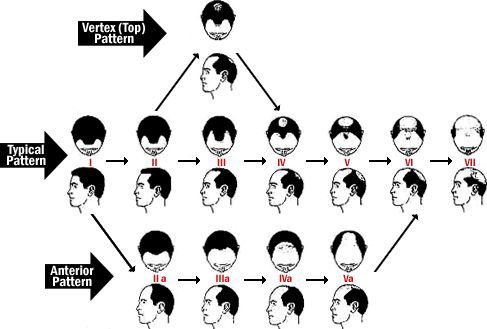